For Father’s Day, the love of my life gave me a Kodak EasyShare C813 – that was on sale, she was sure to note – and I am thrilled. Even though just a few minutes ago I finally took it out of its open-proof packaging and put it to work.

In the meanwhile, I bet she’s either been thinking to herself:

A.) He’s not really thrilled with the gift

B.) He’s secretly planning to return it, get the cash and land himself two adult Frontosas.

C.) He loves it. He just doesn’t wanna let on he expects such great gifts.

D.) I shoulda boughta Coach purse for myself, instead.

Well, no matter what she was thinking, the answer is “C” and here is a test run of the new camera vs. the camera I already have – yet, as she so tenderly noted: “Everytime you use the damn thing, you say how much you hate it.” 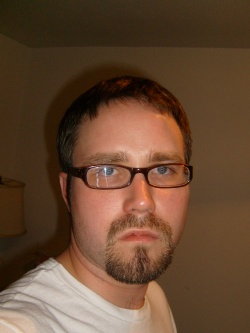 Yup. Hands down, the new one’s better. And, it doesn’t take several seconds to try to auto focus and decide if it wants to shoot or not. Hooray!

3 thoughts on “Kodak vs. Samsung”