Friends, I have found a new way to embed my Picasa Web Albums into WordPress.

You know, the web albums that I’ve meticulously built to include 12,597 photos in 148 albums from Dec. 25, 2006 through today (as of this writing). The completist’s goal, of course, is to eventually digitize every image I come across and store it online for everyone to see in one place.

The new method comes thanks to smccandl, who created and unleashed the PWA+PHP solution on Google Code and even created a WordPress plugin that I’m now using on this website.

Here’s a little taste of what it can do.

See? I just embedded a small 7-photo photo album from PicasaWeb into my blog post.

By inserting a tiny shortcode that looks like this:

So, I’ve added the plugin PWA+PHP, configured it to my liking using the easy-to-use settings page, and hope to build upon it and stylize it more in the near future.

I also had to add the FancyBox plugin to my WordPress install, so that clicking on the photos in an album would make the image jump up and display in the FancyBox jQuery style.

Of course, there was a problem with some of the FancyBox CSS rules built into the plugin; they didn’t work well with my TwentyEleven child theme, so I had to adjust some z-indexes to ensure the pop-up image would be above the navigation bar and header image.

I will make a backup of my changes and upload it in the plugin’s folder so that when I upgrade it; those changes won’t be lost … forever.

This method replaced the previous non-WordPress-native method that utilized a javascript written by Jesse Berman and previously mentioned here back in July 2010.

However, I still like that method. So I’ll keep it online, too, in the same place, here:

Here are some reasons I favor the new method:

Why this almost didn’t matter… 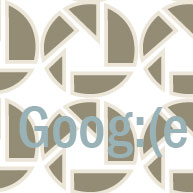 I’ve been pretty frustrated with Google and its PicasaWeb products this week. I believe it was back in 2009 when I chose Google over Flickr for my online photo storage solution and I did so for some important reasons. Google’s reputation was stellar back then, I thought Yahoo would bite the dust any day then (still do), and Google was preaching to the choir about great concepts like net neutrality and openness and being able to take your data with you when you got tired of their services.

So I began to upload a lot of images there. Soon thereafter, I paid a very affordable fee ($5 a year) for extra storage (up to 20 GB) for my photos. About a year later, I found Jesse Berman’s work tapping into the Google Picasa Web Album API so that I could display the images — from Google’s quick servers — on my website as if it came from there.

But in the last year or so, things have started to change. Google introduced Google+ and although it is so much cooler than Facebook and is more powerful; no one cares because EVERYONE is already on Facebook, and seriously, who wants to spend time learning new tricks on a social network that no one is using …

Slowly but surely, in an effort to get more people to use Google+ (it’s still not working), the giant company has been rolling it into every product it offers. YouTube. Google search. Gmail. And even Picasa.

But what really made me mad this week was when I realized that after agreeing to link Google+ with my Picasa software, what I was really doing was making it really hard for my family to find my photos on Picasa Web Albums, because now, they redirect automatically — and really without my knowledgeable consent and approval — to Google+. (Sure, I had to agree to it, but I honestly had no idea what it would do until it was done.)

That is, unless I add a ? argument to the end of my links.

Unless I alter the original link to:

Apparently these changes took effect late last year, but I only found out about it while trying to show my mother how, ahem, easy it is to print photos from Picasa Web Albums, and then, I couldn’t even get there.

Thanks Google for making me look like an idiot in front of my mother, who only wants to print photos of her new grandson.

And with the launch of their new Google Drive storage solution, Google has raised its prices for storage. Luckily, I’m grandfathered in at $5/year for 20 GB but if I wanted to jump up to 25 GB I’d pay $2.49/month or $4.99/month for 100 GB. Still cheap, though, just a lot more than I pay now. Of course, I could just upload photos at 2048 pixels for the longest side; those don’t count against my storage quota.

Which makes about as much sense as all the other decisions Google has made recently.